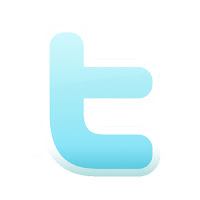 I have been away from work for about a month now, taking care of my wife and a new baby. While life for me is very different, I was able to stay connected to the outside world through Twitter. Regular readers of my blog have read about my obsession with this service, and how I feel it has the ability to change the way teaching takes place in the classroom. I get asked all the time by teachers, "I have signed up for Twitter and think it is really neat but I want someone worth following other than Ashton and Shaq."

Fear not those out there in education land. Jeffrey Young over at The Chronicle of Higher Education has a Top 10 List of Twitter Users in Higher Education. While the list contains mostly users work work at the university level, their posts contain valuable information to most anyone interested in technology and education. Here are a few that I follow that you should to:

Howard Rheingold, a lecturer at the University of California at Berkeley teaching virtual communities and social media. Mr. Rheingold has been a pioneer in online communities since the 1980s (before most people knew there was such a thing), and he remains on the forefront of social media and networks. He spent most of his career as a writer (his latest book is called Smart Mobs), but he started teaching at colleges a couple of years ago. He was an early user of Twitter, and he says he often turns to it for teaching advice. "As a relatively new teacher, Twitter is really my main connection to other educators who are using Web technologies in their teaching," he told me. "I use it to find suggestions of things to do, and to bounce things off people." He also uses it to have a public conversation about trends in social media. He argues that Twitter isn't for everyone — and that users have to post regularly so that people will be reading you when you want to turn back to seek advice. "I'm not selling it — you have to see whether it works for you," he said. "If you want to share information in small bites with a group of people who share your interest, that's what it's for."

David Parry, an assistant professor of emerging media and communications at the University of Texas at Dallas. Mr. Parry was one of the first to try Twitter as a teaching tool — we wrote about his experiments last year (The Chronicle, February 29, 2008). He has gained many followers of his Twitter feed, where he shares his experiences using technology for teaching and research. He led a panel about microblogging at the annual conference of the Modern Language Association in December, which he organized via Twitter. "Rather than giving the standard 15or 20-minute papers, we actually limited each speaker's paper to like five to seven minutes and had respondents in the audience ask questions, but we didn't let them ask long-winded questions that sometimes happen at conferences," he said. "The idea of Twitter is there are very strict limits, so you naturally have to converse instead of monologue."

Scott McLeod, an associate professor at Iowa State University and director of the university's Center for the Advanced Study of Technology Leadership in Education. Mr. McLeod argues that professors have been too slow to adopt Twitter. Academic discussions online often take place on closed e-mail lists, he says, when they should be happening in public forums like Twitter, so that a diverse group of outsiders can join in. "I think academics are actually missing a lot by not being involved in more of these social tools," he told me. "There are a lot of academics who think, 'If it's not coming from some other academic it's not worth a damn,' and that's not right."He admits that some of the messages on Twitter are banal, such as people describing what they had for lunch that day, but he said such notes are part of what makes Twitter such a powerful way to feel connected to far-flung colleagues. "It's like those daily interactions you have with your neighbor — sometimes they're highbrow and sometimes they're lowbrow, but after a while you really get to know the person."

There are 7 more users you should check out. So head on over to the Chronicle and see how others are using this valuable tool.